Internet Adoption And How Not To Throw It Away

So… I’m going to play Captain Obvious today and say things about Internet usage that might be painfully true. But I will try to supplement this with some visual representation of data 1. I find it very powerful to visualize some of the statistics which I had taken for granted about Internet usage and what that means for startups, policy makers etc.

History of Information or Books

After the failure of his early entrepreneurial adventures, Johannes Gutenberg invented the printing press. This was somewhere close to the year 1450. Since then the growth of humankind has exploded. Ideas could now be communicated faster than ever before. People who were (a) able to read (b) allowed to read (c) had access to read were effectively the powerful. 2

As you would predict, given that invention of Gutenberg’s press happened in Germany the publishing of books happened to the highest around central Europe even in the first half of 1500s 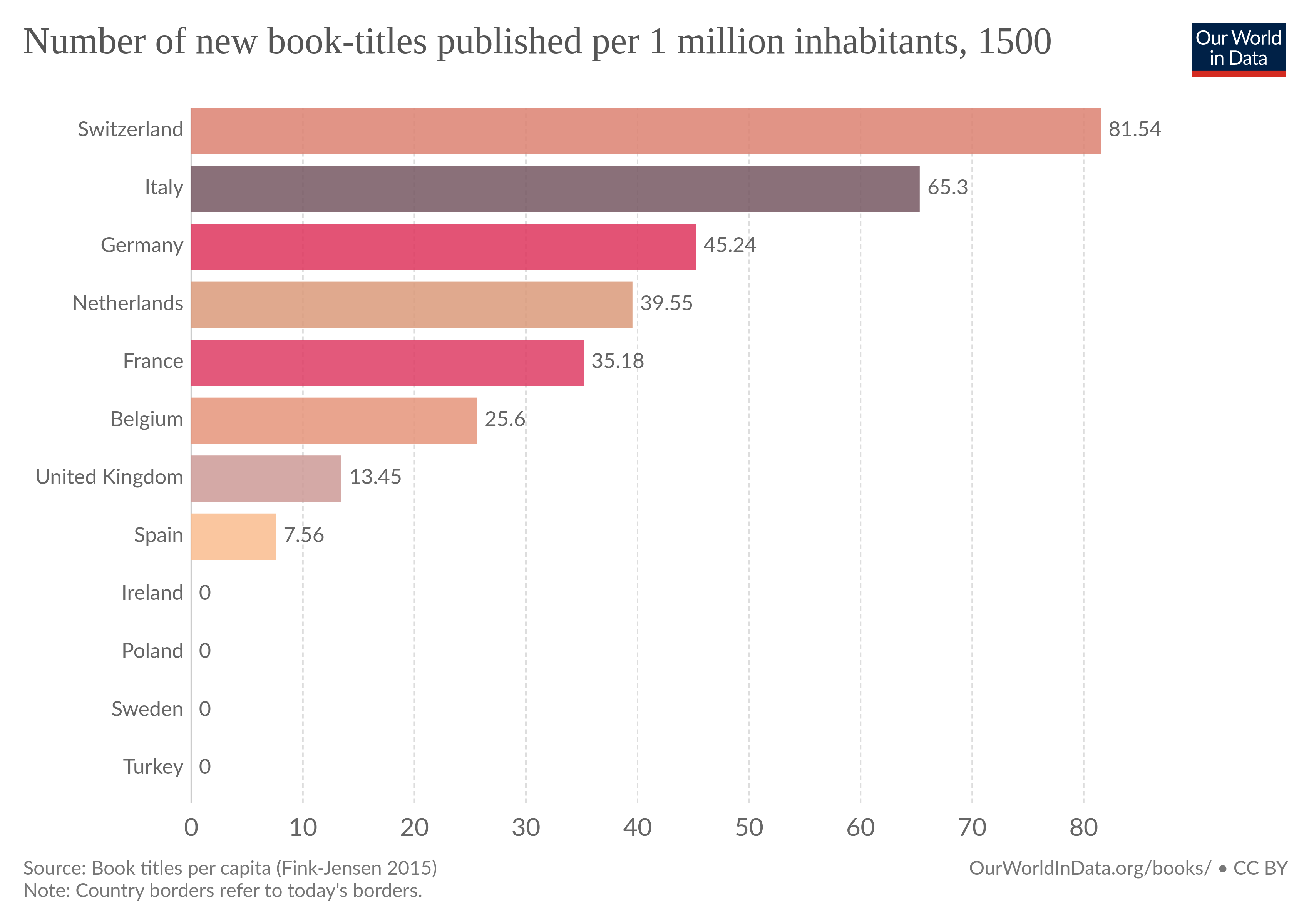 Even as late as the 17th century the spread and active publishing of new book titles was limited to central Europe and a handful of colonies in South America and Japan.

Around the late 18th century, Cue Dramatic Grunge Guitar Solo_ after the entry of USA into the scene somehow the spread of the number of new titles seemed to increase. I’m not sure if this was a coincidence or not but Thank You, Ben Franklin!. 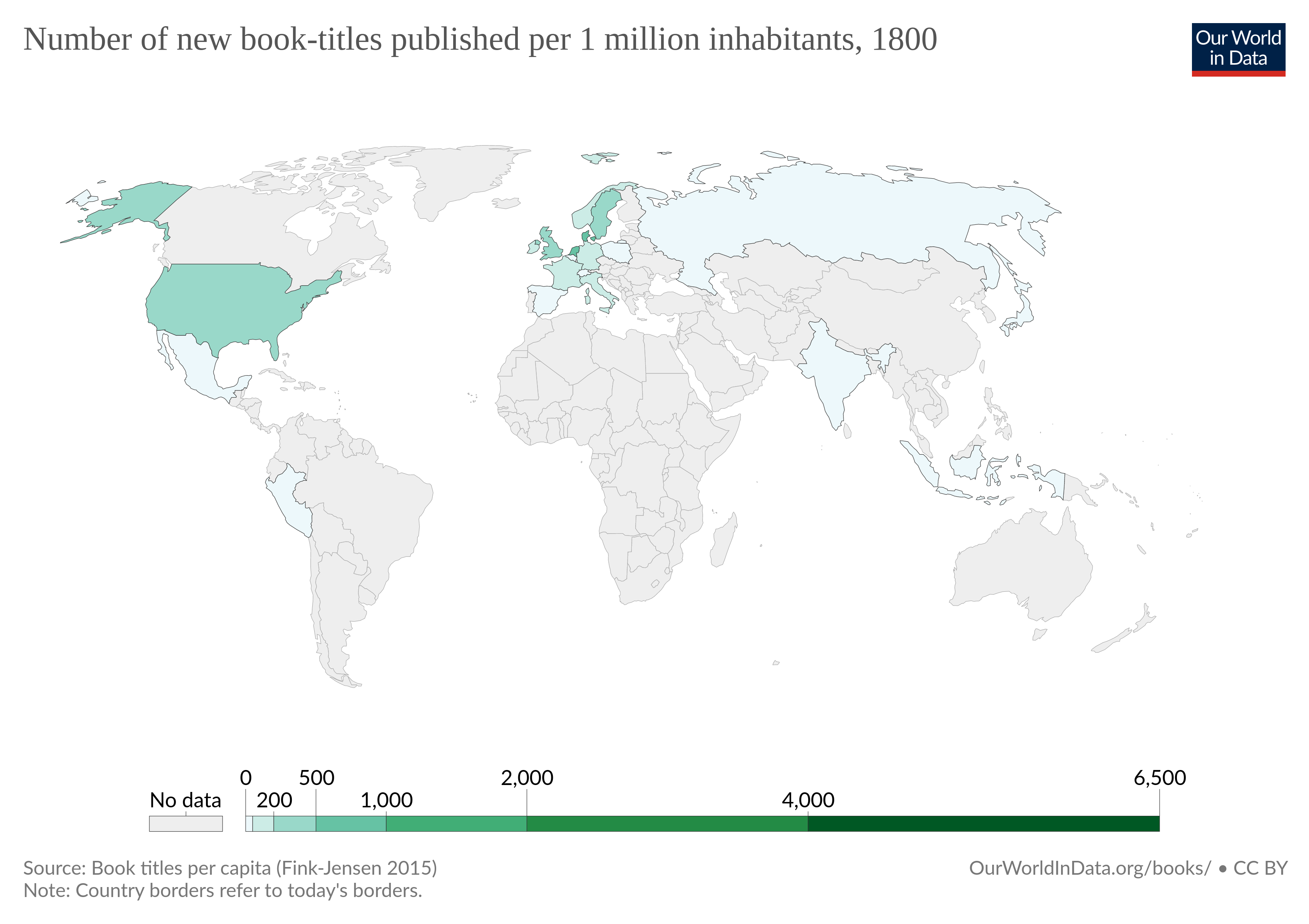 In the new age, the Internet is the agency of information. This is what makes humans look super to an alien who’s monitoring us (like, right now!) Apart from being the medium of information of the present and the future, it’s also an implicit analog for technology in general. Adoption of Internet is strongly correlateable to adoption of technology en masse.

So let’s focus on Internet now.

If we consider a few tens of millions as a critical mass when the scales start to tip in the favor of labeling a technology as “powerful” then the Internet started to become so by mid 90’s. 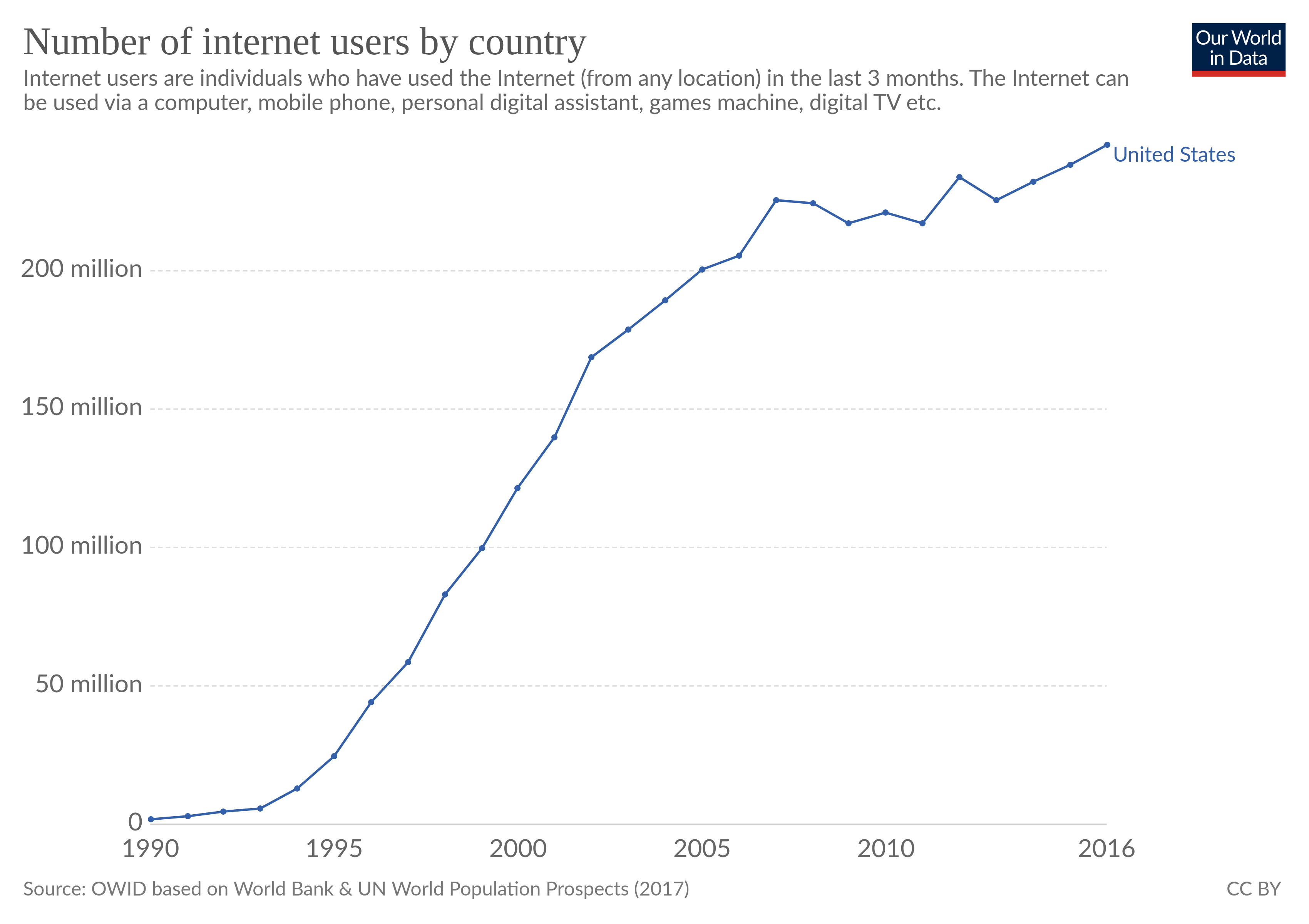 At least, that’s how most well-meaning parents of teenagers who spent all their nights on the Internet viewed it. Around the year 2000, the spread of Internet was spreading 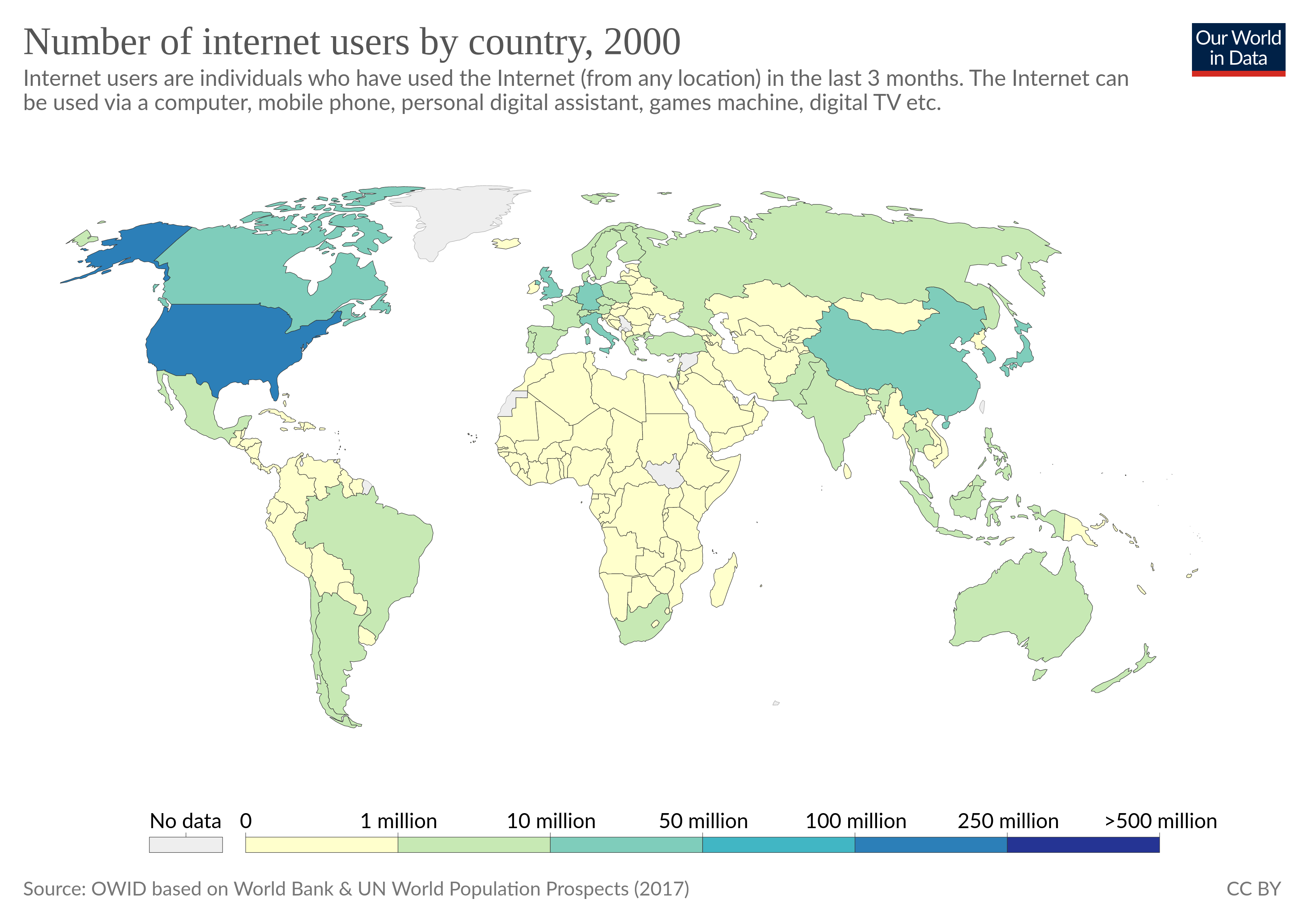 But because of the decentralized nature of information spread with the Internet this gave any country willing to adopt it see dizzying rates of growth, therefore, impact.

China was already making ground fast. It was catching up with the rest of the western world. This was posing a serious challenge to the global impact it’s economy could have.

By the year 2007 China was already in the same bracket of Internet consumption as the US. Due to the withdrawal of Google, Facebook and other powerful players China still seemed like it was behind its own NAT/Firewall. 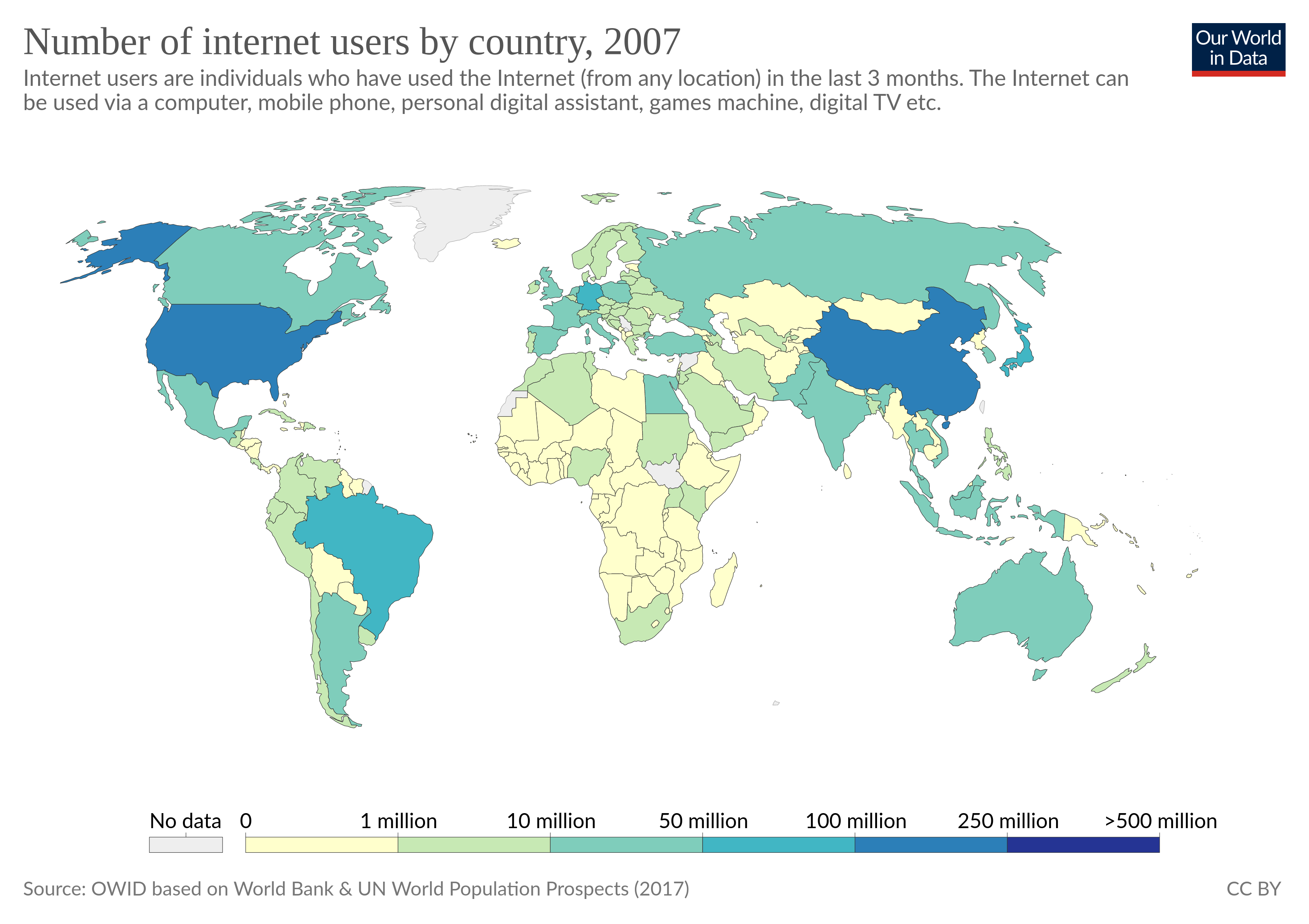 Cue Sitar Music and smell of fresh Garam Masala India! What Happened? Mobile Revolution is what happened there. An absolute explosion in the number of mobile devices and fast adoption of technology. 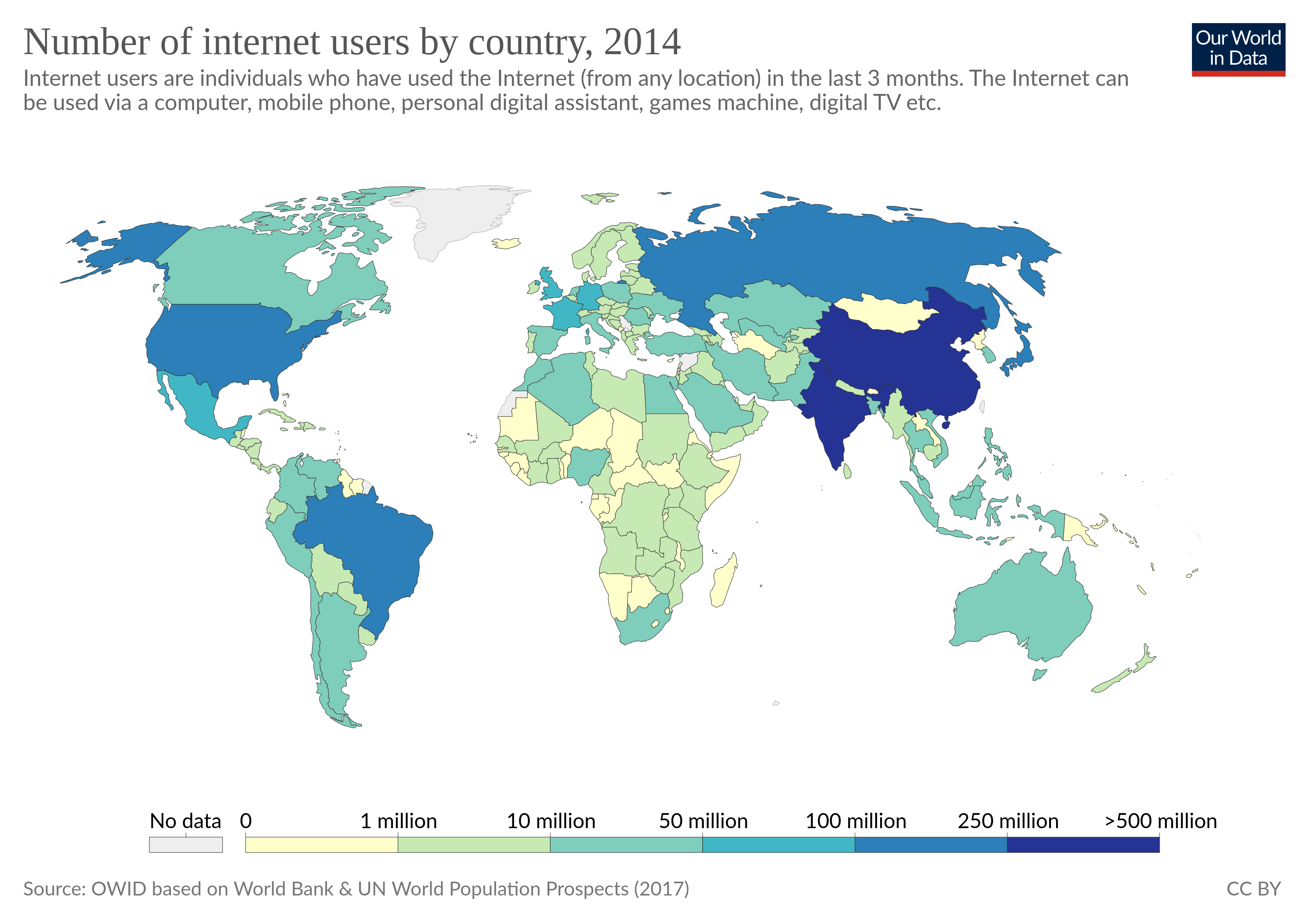 Hopefully this pic incites sufficient optimism about the applications of the Internet. 3

Context About the Rate of Growth

To put the rate of growth of Internet consumption into perspective, here are a few important countries in this context. 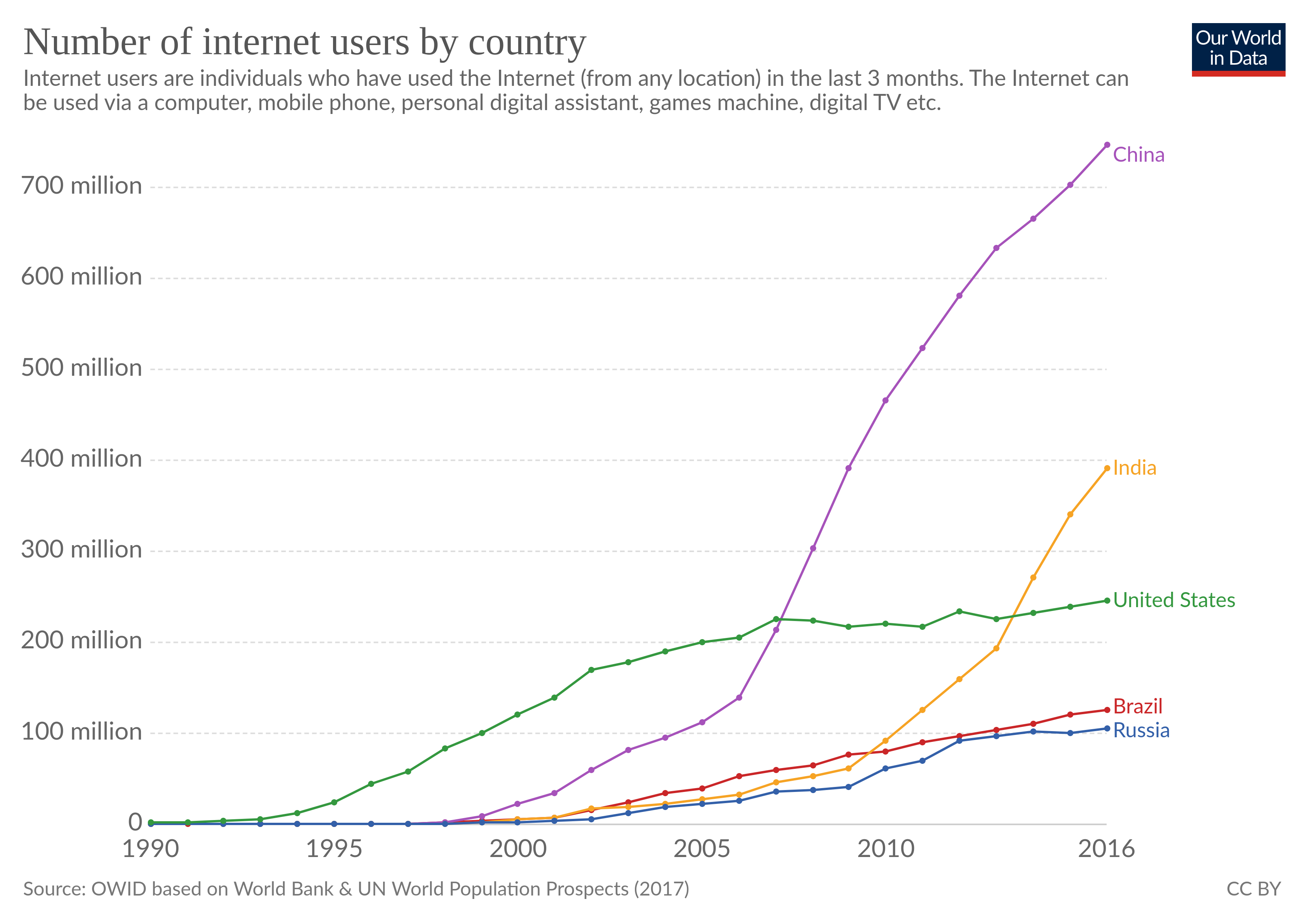 To put this into perspective in terms of the share of the population that “gone IP” (ugh..isn’t it a stupid phrase!):

“No Country for Old Men”

4 India is young democracy and has the potential to learn from the errors and mistakes of the mature ones. 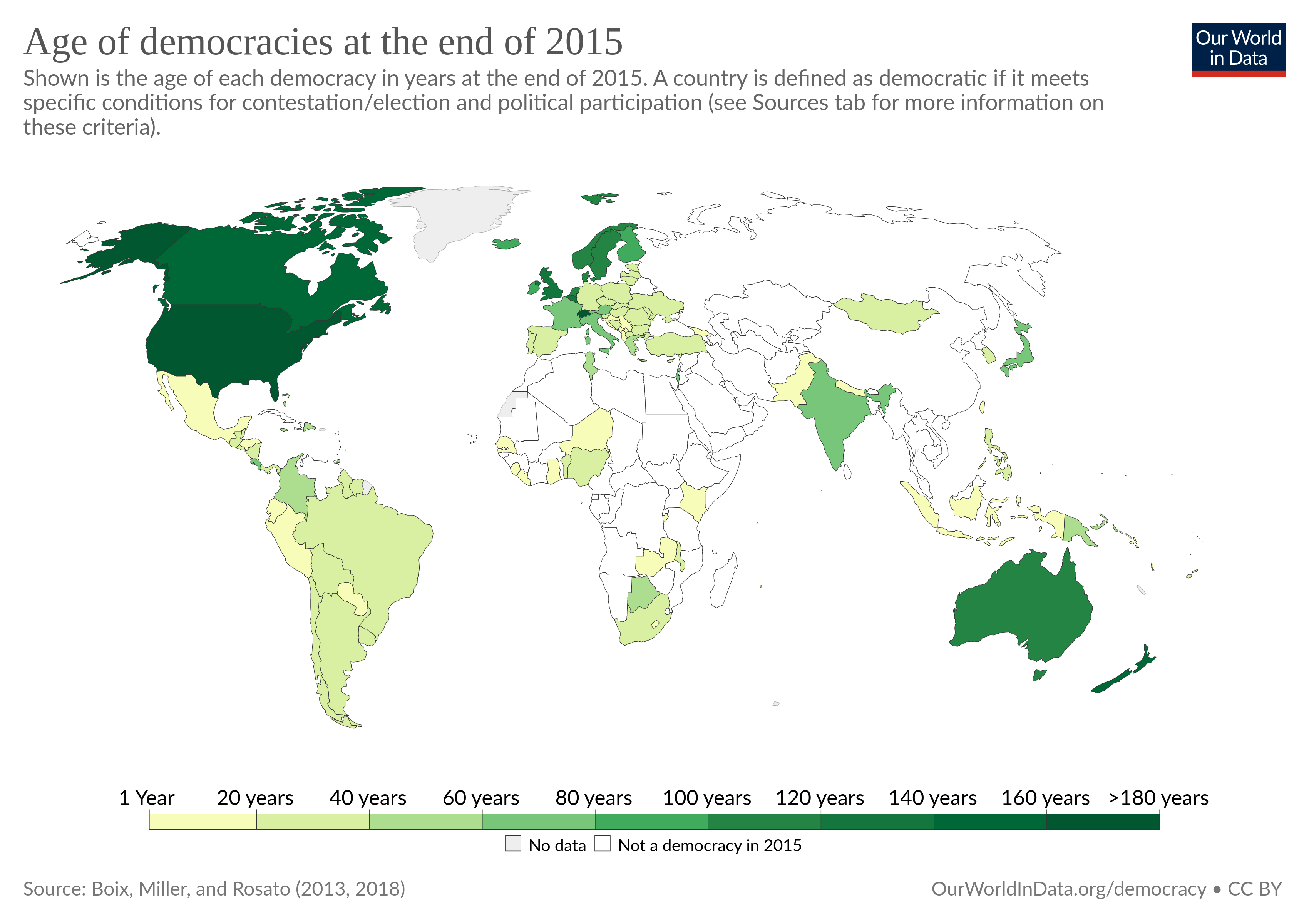 Younger By The Year 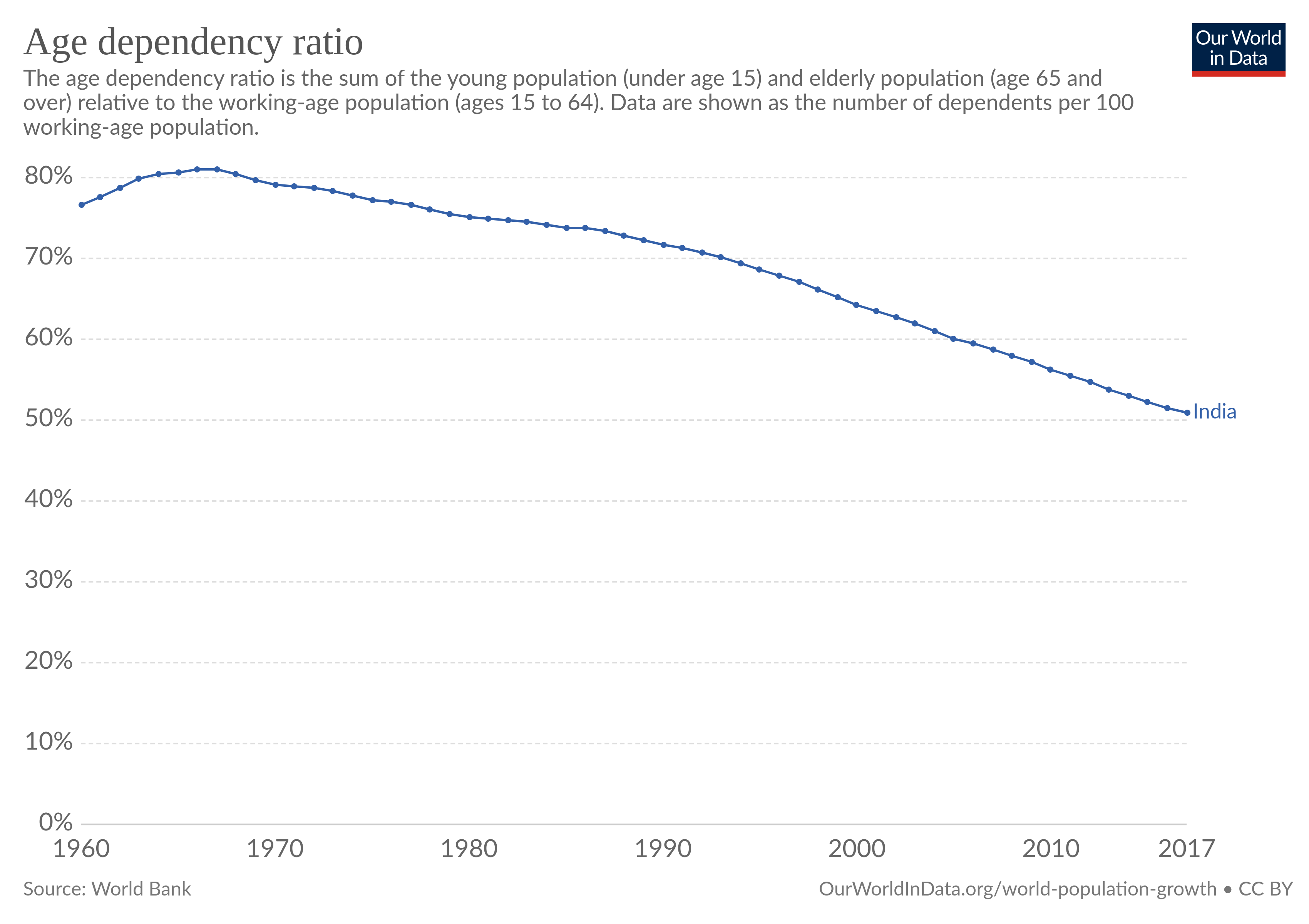 India presents one of the biggest opportunities to set a new precedent in technology’s impact. If Internet can be an analog for technology in this era then India tops the charts as the preferred destination of promise.

India presents one of the biggest opportunities to set a new precedent in technology’s impact. Let’s not muddle this with politicking and defecating on its potential.